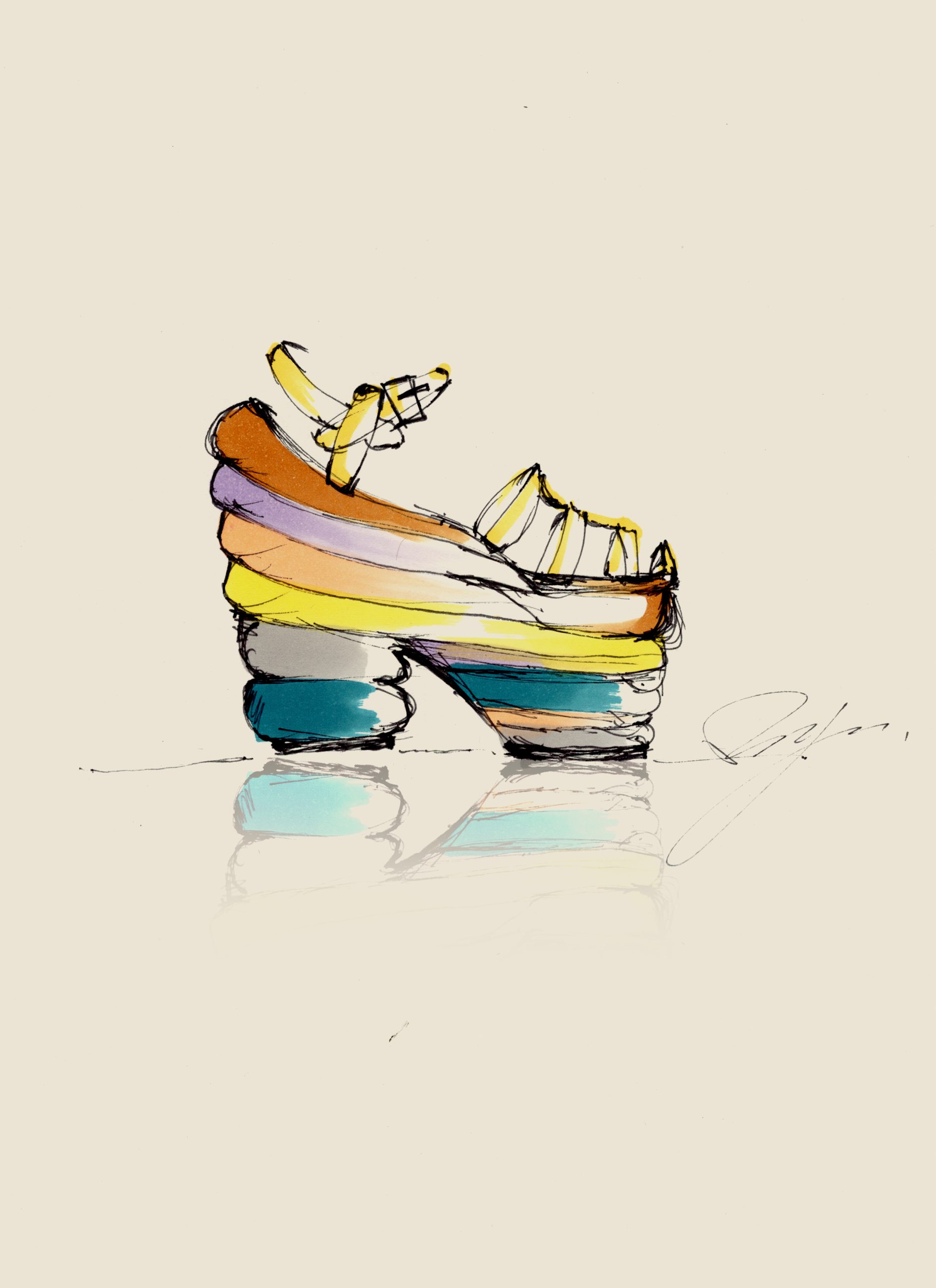 Salvatore Ferragamo, like many of us, was a great dreamer. His ambition and ability to think big helped him build an entire fashion empire.
Ferragamo’s life and achievements were recently portrayed in Luca Guadagnino’s Salvatore: Shoemaker Of Dreams (2021).
While the Italian director just presented to the world his latest movie, Bones and all (2022) at Biennale Cinema, the Venice Film Festival, Viktoriia Stanieva, writer and editor at I’M Firenze Digest, reminisces her experience with Guardagnino’s previous star-packed documentary film, featuring Manolo Blahnik, Martin Scorsese, Christian Louboutin and Grace Coddington, among others, an intimate narration with rich inside stories and archival footage.

I was lucky enough to find out the night before the premiere that the film Salvatore: Shoemaker Of Dreams was running here in Florence. As soon as I took my seat, I instantly immersed myself in his life adventures, experienced his growing up, achieving his goals and developing his character, and understood his path to such success. I feel fortunate because I had never experienced such positive energy and inspiration from anyone, especially from the other side of the screen.
Luca Guadagnino is a fiction director, recently famous for his work behind my favourite film, Call Me by Your Name (2017). His ongoing passion for the sentimental also shapes his particular style, often going into the detailed exploration of characters while presenting the viewer with beautiful sceneries, mainly focusing on big love and pride for his motherland Italy. All elements combined can be successfully translated into a documentary film about an Italian historical figure.
In 2019, Luca Guadagnino announced this unique project after reading Ferragamo’s autobiography. He quickly contacted his family members and the director of the Museo Salvatore Ferragamo in Florence to gather materials for the film’s production.
Ferragamo’s family happily gave him access to the family files to add to the footage and the already recorded chapters of that autobiography narrated by Salvatore Ferragamo himself.
The designer’s famous friends and fans, such as Manolo Blahnik, Martin Scorsese, Christian Louboutin, Grace Coddington and many others, willingly gave interviews telling their impressions of Salvatore Ferragamo’s life.
In particular, Martin Scorsese’s astonishment got stuck in my mind; the American director was impressed at how Ferragamo became an entrepreneur at the age of 12.

I was especially fascinated by the personal footage of Florence from Salvatore Ferragamo when Salvatore and his family stood there almost a century ago. Via de’ Tornabuoni, which we casually walk down daily to get to the Istituto Marangoni Firenze campus, was less crowded and dotted with luxury shops. This creates a great contrast between past and present in Italy’s lifestyle and fashion, but it’s still amazing how Ferragamo’s vision can still be connected to both timelines.

FROM BONITO TO HOLLYWOOD

Salvatore Ferragamo was born in the small town of Bonito, in the Campania region, to a family of fourteen children, where, ironically, they could not afford shoes for him.
At a very young age, he was already making small milestones on the road to his future success: he worked extensively as a shoemaker’s apprentice to gain experience in shoemaking. We witnessed the real American dream we read about in the books: the guy who left everything behind and penniless crossed the ocean to reach another continent, to the land of opportunities, the United States.
Soon, he felt the firm foothold. At the beginning of the 1920s, Hollywood was just beginning to become its treasure trove of luxury living and a magnet for all movie idols.
It was exciting to see Guadagnino’s visual narration of archive sketches of famous shoe styles the brand still uses today or drawings of the “perfect fit” – Salvatore Ferragamo’s vision of creating the most comfortable heel and instep for women’s delicate feet.
Guadagnino put Salvatore Ferragamo on a pedestal as a “Leonardo da Vinci” of the shoe industry. Ferragamo worked with more advanced machinery for shoemaking while also studying foot anatomy to find the best fit. Later, he opened his first shoe store. Film studios noticed his unique approach to shoemaking. Like in the fairy tale of Cinderella, Salvatore created dreamshoes, individually approaching each client, adjusting his perfect fit to the most influential celebrities of the time like Joan Crawford, Audrey Hepburn, Marilyn Monroe, Lola Todd, Judy Garland and many more.

If Bonito was his starting point and then Hollywood was the birthplace of his success, then Florence was the landmark of his brand. After becoming one of the most sought-after designers, he could finally return to Italy to meet his wife, Wanda Miletti, build a strong family and establish his namesake Maison. Transferring all his knowledge to Italy, Ferragamo revolutionised the shoe industry. This incredible journey through hardships to the stars and a strong commitment made Salvatore.
In the tough post-war times, he was one of those who contributed to making Italian fashion recognised worldwide for its quality and design. In particular, Guadagnino highlighted Salvatore’s positive approach towards difficulties, which he always faced with a smile. The director also showed a typically Italian sense of unity and family as the designer’s family talks about Salvatore with great pride and respect and continues to carry the house’s legacy.
In one of the interviews, Luca Guadanino shared his perspective on becoming a successful director, just like Ferragamo did with his brand. He advised expanding the vision by watching movies and learning from mistakes, even if the result might not be satisfying initially. Guadagnino highlights the importance of surrounding yourself with a group of kind people who can create a shape around what you want to do.
I am proud to walk the same streets as Ferragamo, and I hope that one day I will walk the same path of self-development: “I have been blessed – or cursed, depending on how you look at it – with an incurably restless, probing mind and an inordinate capacity for hard work.”1

A Generational Dialogue. Women in Balance at Museo Salvatore Ferragamo

The exhibition “Women in Balance 1955/1965” celebrates the figure of Wanda Miletti Ferragamo and the women that contributed to a significant change in Italian society during the economic boom. Displayed at Museo Salvatore Ferragamo, the project was curated by Stefania Ricci and Elvira Valleri.From 1960 until she died in 2018, Wanda Miletti Ferragamo was the […]