Until February 2, 2022, two new sculptures by Francesco Vezzoli will stand in Piazza della Signoria and Museo di Palazzo Vecchio in Florence. The project, presented by the Museo Novecento and Centro per l’arte contemporanea Luigi Pecci, offers an opportunity for the Italian artist to relate his work and his installations, an ancient-modern symbiosis, to the city’s Renaissance heritage and key symbolic monuments.

Francesco Vezzoli has been mixing classical and contemporary art for years, as in his lion in Pietà (2021), in Piazza della Signoria. This site-specific work “plays” with the statue of Neptune (1500-1565) by Bartolomeo Ammannati and that of Cosimo I (1587-1594) by Giambologna. They dialogue in the open space of the square and they might all seem from the same age, but the lion hides contemporary imprint and intent. It consists of a twentieth-century rampant lion with a Roman head of the second century CE placed in its mouth. At the base of the animal, we can find another ancient, draped statue with a missing head. The result is a contaminated “pastiche” of different ages and styles. A logical continuation in the artist’s practice with ancient sculptures.
Piazza della Signoria has always been a political, economic, and social reference point for Florence. There stands Palazzo Vecchio, the main residence of the Medici before the construction of Palazzo Pitti. We are therefore faced with a “continuum” between what is outside and what is carefully preserved inside the palace. The artist from Brescia placed his second work in the studiolo of Francesco I: La musa dell’archeologia piange [The muse of archaeology weeps, 2021]. A headless Roman togato from the I/II century CE, just under a metre tall, on which a relatively large, disproportionate and shiny bronze head is grafted.

There is a clear contrast with the massive and impetuous work Pietà. La musa dell’archeologia clearly recalls the master of Metafisica Giorgio de Chirico and his so-called “Archaeological Cycle” where the painting Le muse inquietanti stands out [The Disquieting Muses, s.d.].
If Pietà dialogues with Neptune, this second workdialogues with the scientific, Mannerist, and alchemic representations in the studiolo, painted under the direction of Giorgio Vasari, according to the ideas of the intellectual Vincenzo Borghini (1570-1572).

To enter the studiolo, we must first pass through the enormous Salone dei Cinquecento, making this small room even more secret, as it was intended to preserve or hide precious and rare objects, now enriched by Vezzoli’s work.
An absent-minded passer-by could mistake Pietà for a work that has been there for decades, or centuries; it is more difficult not to understand the mixture of past and present in his second installation, as we are faced with a clear differentiation of materials and styles between the bust of the togato and the bronze head.
Pietà, which replaces a previous art installation in Piazza della Signoria, a bare tree by Giuseppe Penone, has quickly become the object of media attention from newspapers to television and social influencers. Francesco Vezzoli’s work has always focused on the mechanisms of the “star system” and the inclusion of internationally renowned personalities in his installations. Inviting Chiara Ferragni to visit his studio and take a picture together in front of the sculptures – especially the lion – becomes a desire to engage her in a performative act, connecting the work of art to the celebrity. Vezzoli is attracted by the world of glamour and fashion, both as a provocation and a criticism to that type of society, and as fuel for his creations.

Vezzoli’s lion therefore not only extends beyond its physical limits, but also embraces everything that moves around it. In a world dominated by the Internet, this happens much faster, perhaps while losing some of its meaning, even with the risk of being trivialised, but then it becomes a relevant topic among the city’s inhabitants, art lovers, and professionals.
La musa dell’archeologia piange remains a more reserved, intimate, and elegant work. A thought-provoking installation that reflects Vasari’s extraordinary frescoes on the shiny surface of its bronze head.
It also symbolically reflects a space that has become metaphysical with the presence of the sculpture. Looking at it, you realise that it contains something more, maybe something disturbing, as the artwork will reflect the visitor’s own image, slightly distorted, as in a dream.

Giacomo Donati is an undergraduate student in Arts Curating at Istituto Marangoni Firenze.

Donatello in Florence. The Scale of Reality.

The exhibition “Donatello, The Renaissance”, curated by the Tuscan artist scholar Francesco Caglioti, is now on display in two museums in Florence, Palazzo Strozzi and the Museo Nazionale del Bargello. A comprehensive show for a broad audience that brings together more than 130 works, challenging the public and critics to accept the artist’s appropriate place […] 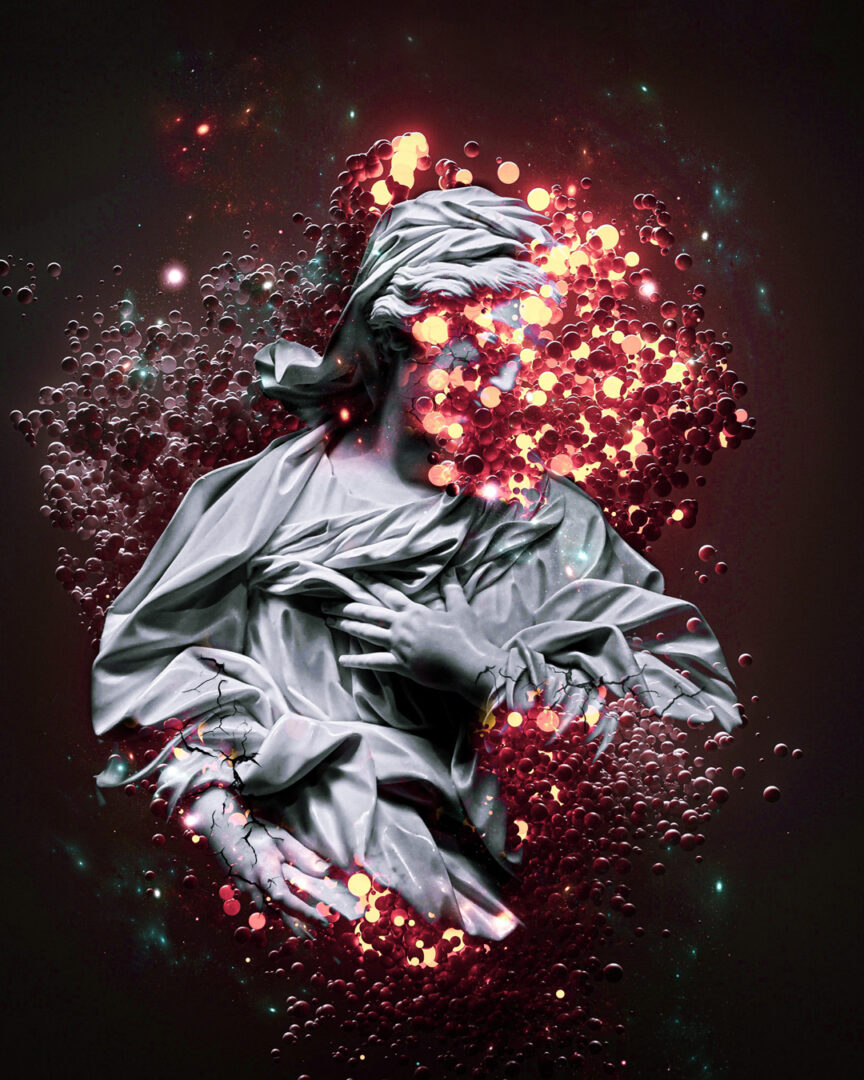