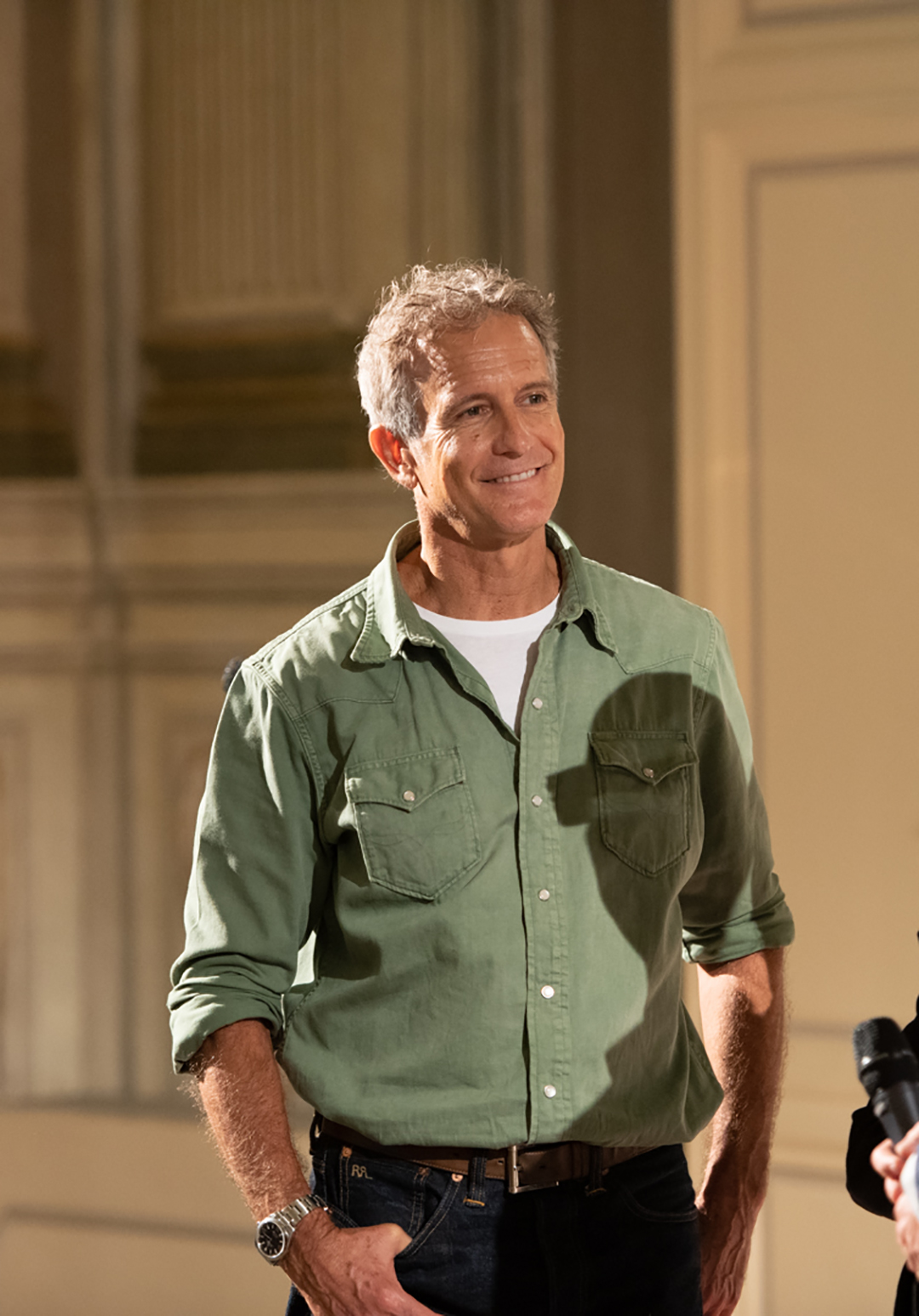 On October 11th, in the opulent Florentine mansion of Palazzo Pucci, the sumptuous Apollo Room hosted a conference dedicated to the latest publication by Alessandro Benetton, la traiettoria (Mondadori, 2022). It is a mixture of a memoir and a motivational book to summarize the years lived to date.
Fashion can tell a lot about a person: where one has been and is heading. Considering Benetton’s relationship with the industry, this article will highlight some of the themes he touched on during the conference.

I WAS BORN IN COLORS…

Besides being a source of pride and undeniably able to clear many ways in a young man’s life, unlike the brand’s sweaters, Benetton can be a very weighted name to wear.
The use of color is an established trademark for the Treviso family business. The bright garments, the strong Italian identity and the joyful lifestyle promoted by this type of fashion were the elements that distinguished the youth of the future businessman.
Alessandro Benetton was born a year before the soon-to-be successful brand was established, his father being among the four founders. In la traiettoria, the reader gets a glimpse of what it meant to have such an influential parent by the side, called by Alessandro himself “Signor Luciano”.
While elucidating the spectators in Palazzo Pucci about his beginnings in life, the 21 Invest CEO offered the crowd a gem of wisdom by affirming that “to grow, it is necessary to go out of one’s comfort zone”. Alessandro Benetton doesn’t leave words as pure rhetoric: his whole life wouldn’t be the same if he had taken the expected, safe choice of inserting in the family’s trade instead of taking a daring leap forward. When he gave it a shot as a young man, he immediately crashed into reality by discovering that there were “too many hands on the steering wheel at the same time”. That aspect didn’t coincide with his vision: he was planning to find a personal life goal. After a year at the company’s helm, he eventually left and followed his path.

…AND I BLOSSOMED IN NEUTRALS

The preppy style originated in the area designated as New England. It was inspired by the British uniforms of preparatory schoolboys who had the privilege of studying the classics instead of pursuing a skilled trade. This aesthetic consisted of leisure garments such as polo shirts, straight chinos and varsity cardigans. Young students from wealthy families attending the Ivy League universities around the 1920s appreciated this new approach to fashion as a replacement for the somber wool suits used by previous generations of scholars.

Having been educated in a private, catholic “liceo classico”, and then Boston University and Harvard, Alessandro Benetton was the perfect candidate to adopt the preppy style that still defines his current lifestyle.
“I owned a Fay even before Fay was a preppy thing”, he proudly declares in front of Istituto Marangoni Firenze students. “I imagine a style in relation with the places it belongs”, he continues, as if to justify his choice to switch from the family’s colorful palette to Ralph Lauren’s neutrals.

The young Benetton was introduced to the business world by accessing the best education. In the US, he had the opportunity to bond with prominent economists, such as Michael Porter, who supported him in his research for his final dissertation and became a stable presence in his life.
The book covers probably the most significant failure (a fiasco just on paper) of these academic years: the rejection before an exam. There was a time in which Alessandro Benetton questioned himself if he was doing what fitted him best and even if his father discouraged him from pursuing a career in economics and refused Alessandro’s trade tips, the young economist crowned several successes, including working at Goldman Sachs in London and opening his firm – 21 Invest.

… BUT I AM AN AVANTGARDIST

Alessandro Benetton gave life to 21 Invest after realizing that small-medium family companies generated 90% of the Italian GDP. Still, no one was helping them grow: this was his chance to prove his talent to himself and his family. He was the first to bring this unique kind of business to Italy: only daring minds can achieve the impossible, and they are called pioneers.

The company experienced a few setbacks, especially with a project that was an early form of social media applied to the Milanese area titled Sei Milano, and another one named Strade Blu that consisted of creating alternative commercial maritime routes on the Italian coast. None of the two was completed successfully.
Without considering these missteps, Alessandro Benetton managed to originate his own private equity company that today, among many other successes in sports and family, makes him a social media influencer for many young individuals looking for their place in the world.

… AND YOU SHOULD BE TOO

Know yourself (γνῶθι σαυτόν, gnōthi sautón). This written invitation at the entrance to the Delphi temple is the renewed challenge that Alessandro Benetton gave the students at Istituto Marangoni Firenze. When asked what he defines as a failure, he asserts: “In life, you’ll have to deal with a lot of faux paxes: it’s part of the trajectory, which has no regular rhythm. What counts is the long-term result and, more importantly, learning from difficult situations”.
Alessandro Benetton closed the conference by giving the listeners the powerful image of Schumacher, a friend and collaborator during the glorious years of the Benetton’s at the command of Formula 1, who stated that during a race as well as in life, to face a bend or adversities, one must be more far-sighted than the others.
Because only through fearless, bold choices can we shape ourselves and the future ahead. 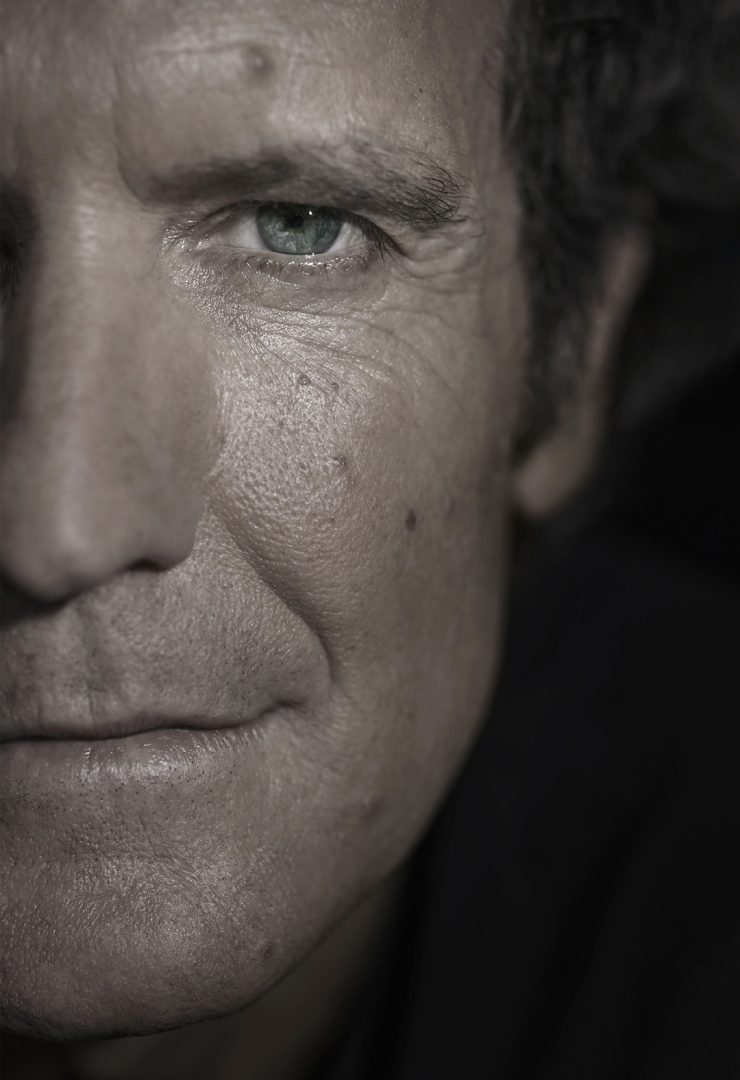 To consider a businessperson without contemplating the journey that took them to success would be a big omission and may lead to wrong conclusions. In his latest book la traiettoria (Mondadori, 2022), the investor and sportsman Alessandro Benetton aims to spotlight the most personal aspects of his life by creating an inspiring narration mixed with […] 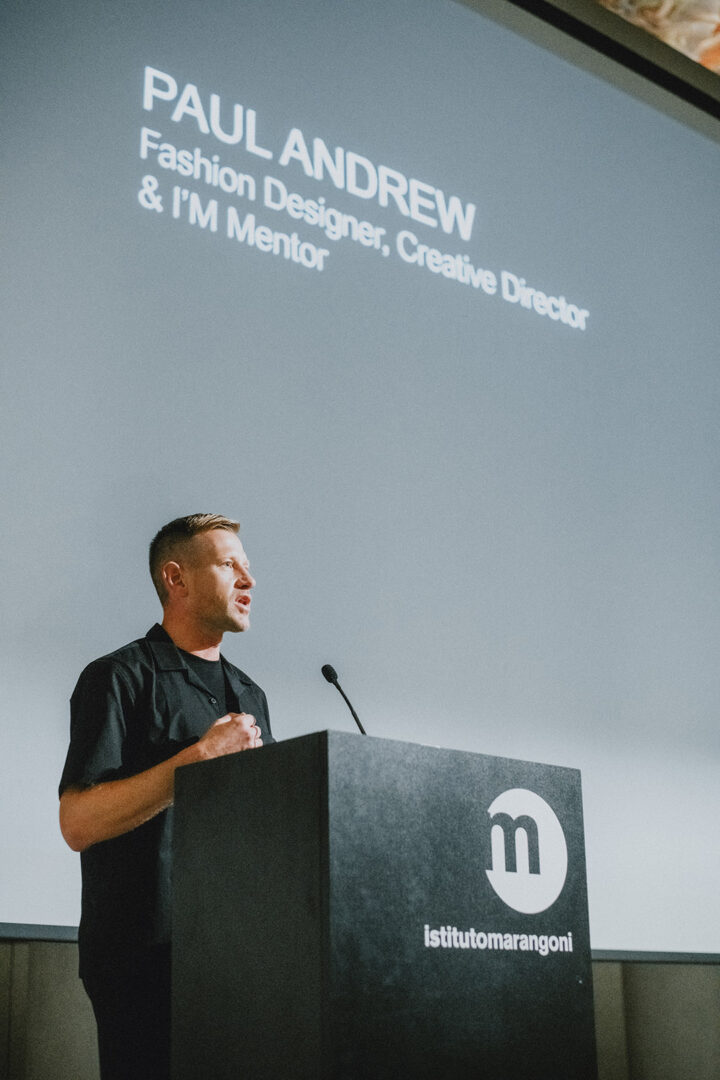 How do you make a commencement speech memorable? During the Graduation Ceremony for the Year 2021-2022, Paul Andrew, fashion designer and I’M Mentor at Istituto Marangoni Firenze, gave proof of his incredible ability to translate a generation’s vision into an unforgettable moment for the Class of 2022. The following is an extract of the discourse […]