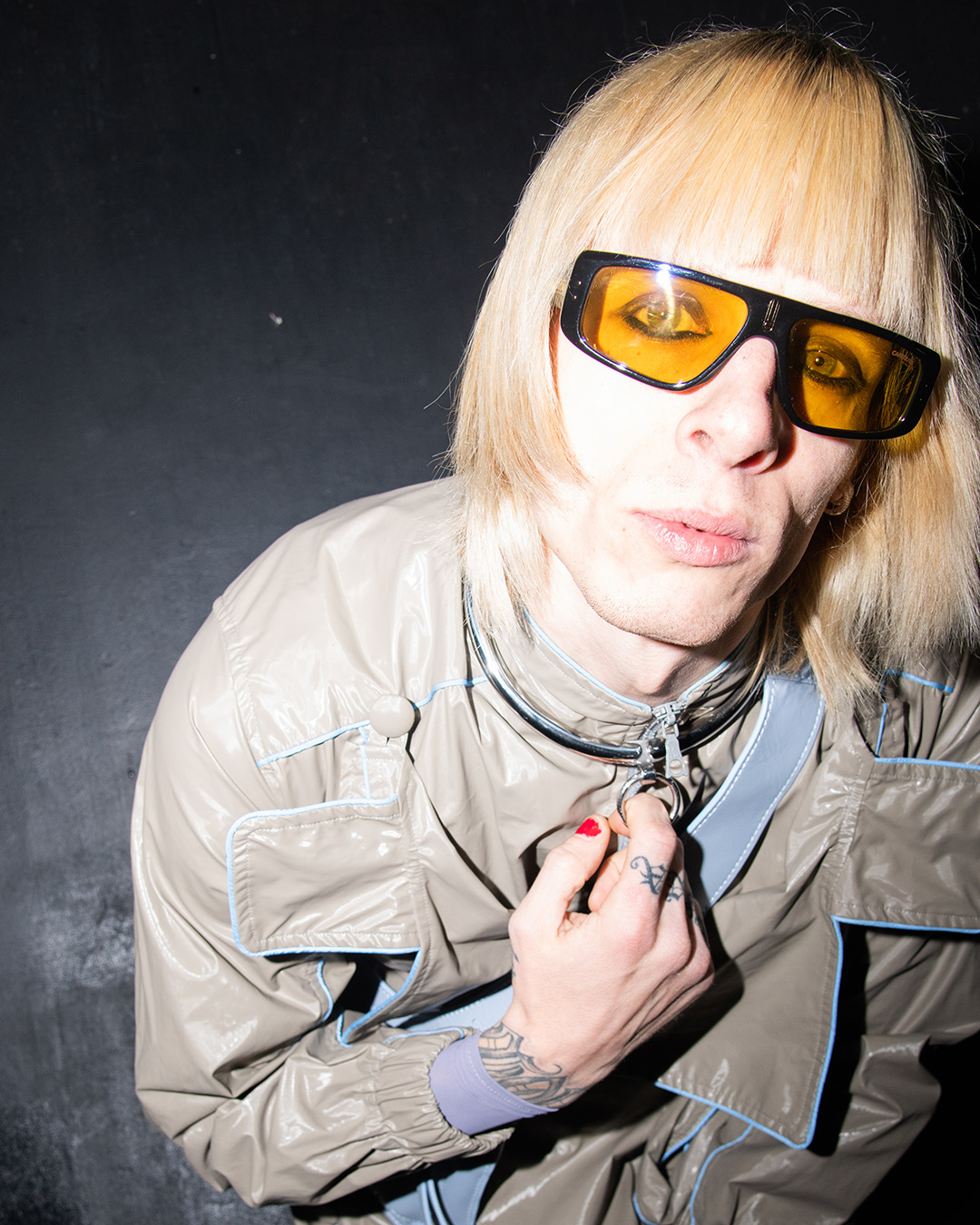 For the 103rd edition of Pitti Immagine Uomo, students from Istituto Marangoni Firenze were invited to a party at the Florentine techno club Space Electronic, DJed by Boss Doms and Thomas Costantin. The historically-relevant setting and the futuristic dress code transformed an ordinary Tuesday night into a memorable moment for the many attendees.

Istituto Marangoni Firenze proved again to be the coolest academic environment ever, throwing a party for the beginning of the 103rd edition of Pitti Immagine Uomo. The event was titled FUTURE:VERSE and took place in Florence’s subversive Space Electronic club.
Founded in the incandescent year of 1969 by Carlo Caldini and Fabrizio Fiumi, components of the 9999 collective, the club was one of the hottest places to hang out in the city in the 1960s, offering a series of activities ranging from performance art, collective events, talks and obviously parties1.
Now, the well-known producer known to the Italian public for his infamous kiss with Italian singer Achille Lauro during the Sanremo Music Festival in 2020,2 Boss Doms filled the night with electronic dance music and techno sounds.

All the attendees, from influencers to tutors and students, had to stick to the night’s dress code: futurecore, an aesthetic that became viral on TikTok over the last two years, featuring a series of nuanced characteristics that stretch from psychedelic colours to metallic tints, ripped jerseys to technical outerwear.
With the visual help of exclusive photographic footage from that night, this article uncovers the style of the party’s attendees.

When we look at the stars, we have the illusion that we are admiring something confined to the present; in fact, we are gaping at ancient lights that had to travel decades or even centuries across space before they could reach our retina.

On the contrary, during the FUTURE:VERSE party at Space Electronic, the light of the attendees fearlessly following the rhythm on the dancefloor was generated from times way ahead of our present, reflecting the party’s futuristic theme.

The most daring were dressed in latex as if they got out of the Matrix, while others opted for a more retro-futuristic 60s style referencing Pierre Cardin’s geometric aesthetic.
Denim, denim, denim! Some participants had clear symptoms of “Diesel fever”: maybe a little too influenced by Glenn Martens’ recent revolution at the Italian fashion house, they brought the never-out-of-trend fabric into the ballroom.

Needless to say, total black outfits proved again to be the most versatile and popular choice for the guests who interpreted the colour in very personal ways: on one side, boxy shapes with liquid-silver jewellery and on the opposite dark parachute pants with sheer stretchy tops, making us feel like we were all allowed inside Berghain in Berlin.
Metallic details ranging from masks, belts, purses and sparkles on garments and bodies dominated the night, transforming the Space Electronic into a starry night on Earth.

Music played a huge role in creating the magic of the night, generating a strong sense of community among the attendees. For the students, this wasn’t just a chance to hang out with friends and meet new people from their academic community but also a fun way to challenge their sense of style and measure it with peers in some fashion battle on the dancefloor.

The day after, in the corridors of Istituto Marangoni Firenze, the sleepless night and dark eye circles under the eyes still left room for big laughs about the great atmosphere at the FUTURE:VERSE party.
Hidden message for the School’s staff: we’re all waiting for the next event!