Hagoromo is the last solo exhibition by the Tuscan artist Massimo Bartolini, curated by Luca Cerizza with Elena Magini at the Centro d’Arte Contemporanea Luigi Pecci in Prato.
Through everyday objects, the artist transforms a pre-existing environment, giving it a new form for the viewer to experience a new world.
Visitors find themselves within a path that guides them in discovering themselves and the artist.
The exhibition becomes a rebus that unconsciously and independently resolves itself as a practical experience but continues to be unveiled rationally over time.

Doubt, uncertainty, fear and hesitation. That’s what you feel after crossing the exhibition entrance. There’s a sculpture representing a portion of a field and a photo of a sky. Where are we? What is the connection?
There are numbers attached to the walls. Then a sound, a melody that calls us, a series of notes that invite us to move forward.
So, we move inside the second environment. A structure composed of scaffolding pipes develops in the centre of the room and continues in the next rooms. Numbers mark space and time, and the melody continues to guide us through the area. Then other sounds add up, coins falling to the ground, sounds engraved on vinyl. Then an answer or maybe just another doubt. With a neon, the artist declares a ‘lack of soul’.
Continuing to move within the seven rooms connected by the same sonority, we enter a sort of trance-state during which music becomes time and time music.
But the sound is not the only element that alters our sensitivity. Through small hidden details, the artist transforms the exhibition space into a new reality and conditions our way of experiencing it through kinetic sculptures.

Hagoromo is the name of a Japanese legend that dates to the eighth century. It is among the most-performed Noh plays, the classical Japanese theatre with masked dancers and actors.
The legend goes that a fisherman was walking with his companions at night when he found the hagoromo, the magical feather mantle of a tennin (an aerial spirit or celestial dancer) hanging on a bough.

The tennin sees him taking it and demands its return because she cannot return to heaven without it. The fisherman argues with her and finally promises to return it if she shows him her dance or a part of it. She accepts his offer.

In the finale, the tennin disappears like a mountain slowly hidden in mist. Hagoromo (1989) is also the name of what artist Massimo Bartolini considers his first mature work. During the performance, an artist improvised music, and a dancer reacted to it by moving inside a cuboid on wheels.

Once I left the exhibition, I sat down to reflect and freeze my sensations.
The most instinctive part of my brain perceived that I had given meaning to all the information it had received, while instead, I had not rationally realised yet what I had experienced. As the days went by, through some reflections, the pieces of that jigsaw began to match.
The answer I gave myself is that through this exhibition, the artist tries to guide us (the spectators) through his artistic path.

After entering the exhibition, the viewers find themselves in front of a terrain whose meaning and functionality they do not understand yet.
Then, once they lower their guard, they are guided by music. The viewer becomes a dancer moving in time and space towards a different world from which the artist has extracted his works.

With this exhibition, the artist leaves us precisely what we find in the last room, a portion of land. A fertile soil on which you can grow. Our mind and creativity transform from an uncultivated terrain, of which we do not understand the functionality, to a portion of soil ready to be the base of our world and reality. 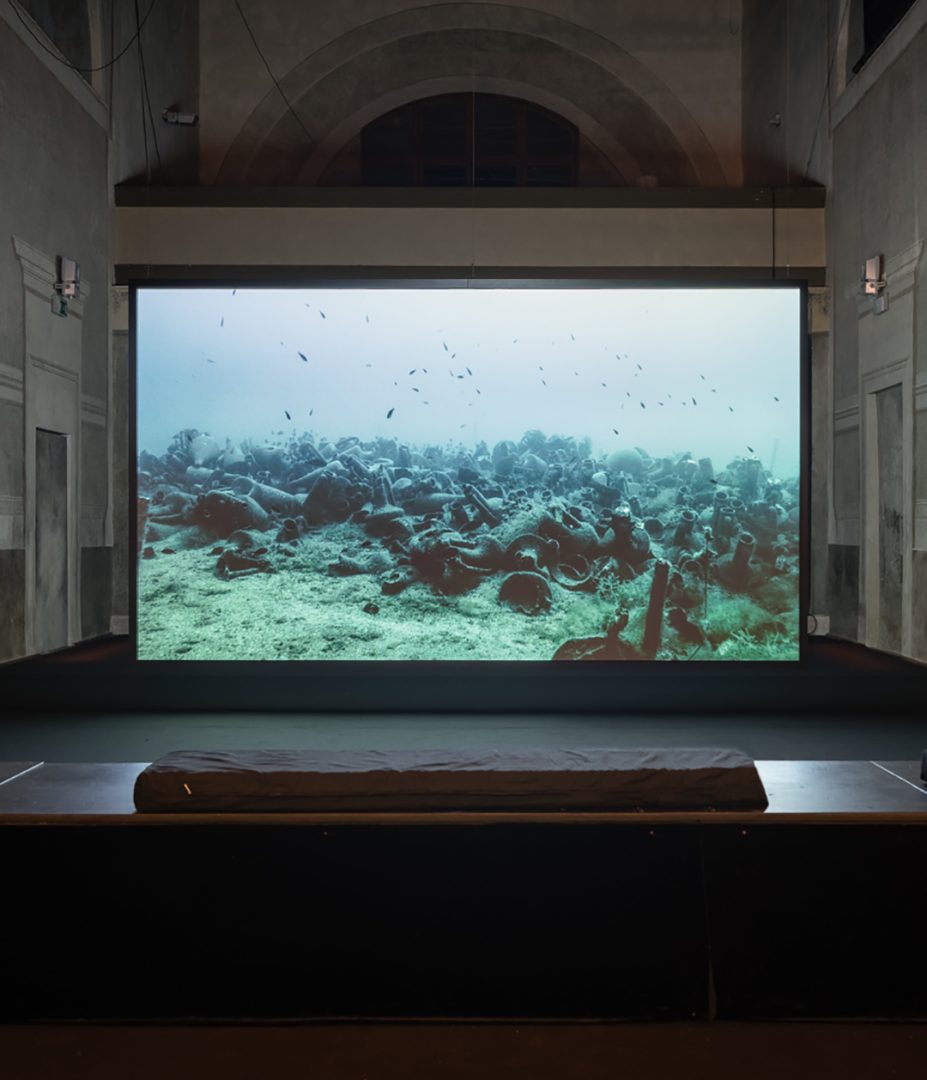 Lo schermo dell’arte film festival in Florence keeps proving its worldwide part in gathering new artists and art while exploring new forms of creative expression.The 15th edition of Lo schermo dell’arte took place at Cinema La Compagnia, opening its doors to all students, with free admission to those under 30 supported by Gucci. The following is […] 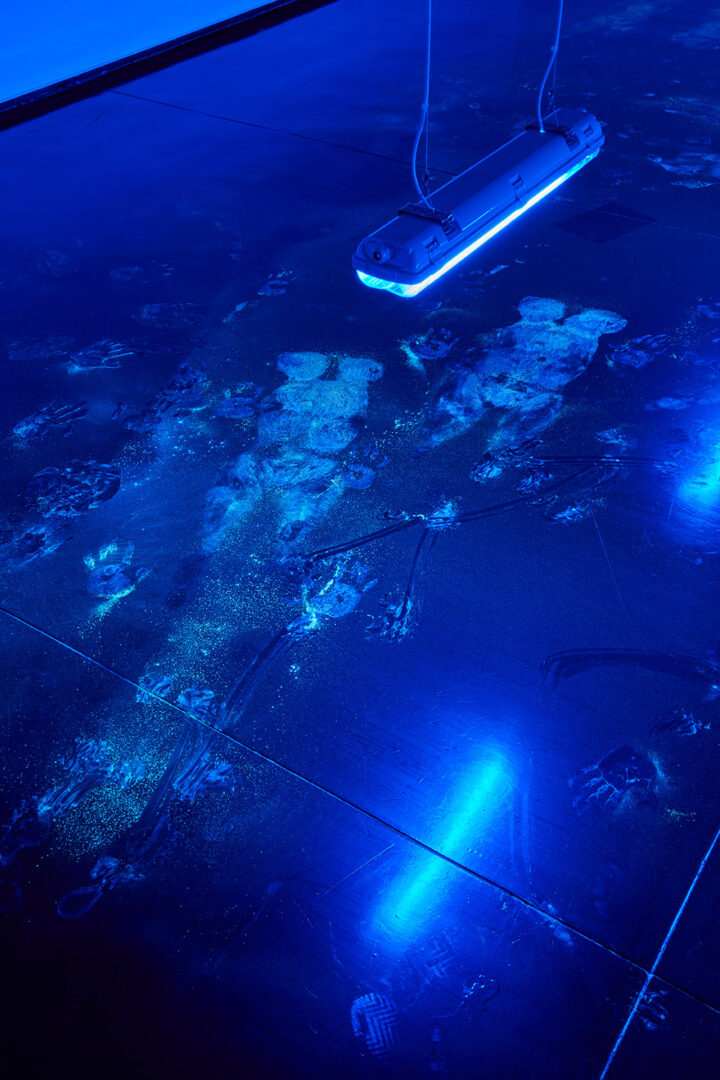 A Feminine Lexicon: Reba Maybury In Her Own Words