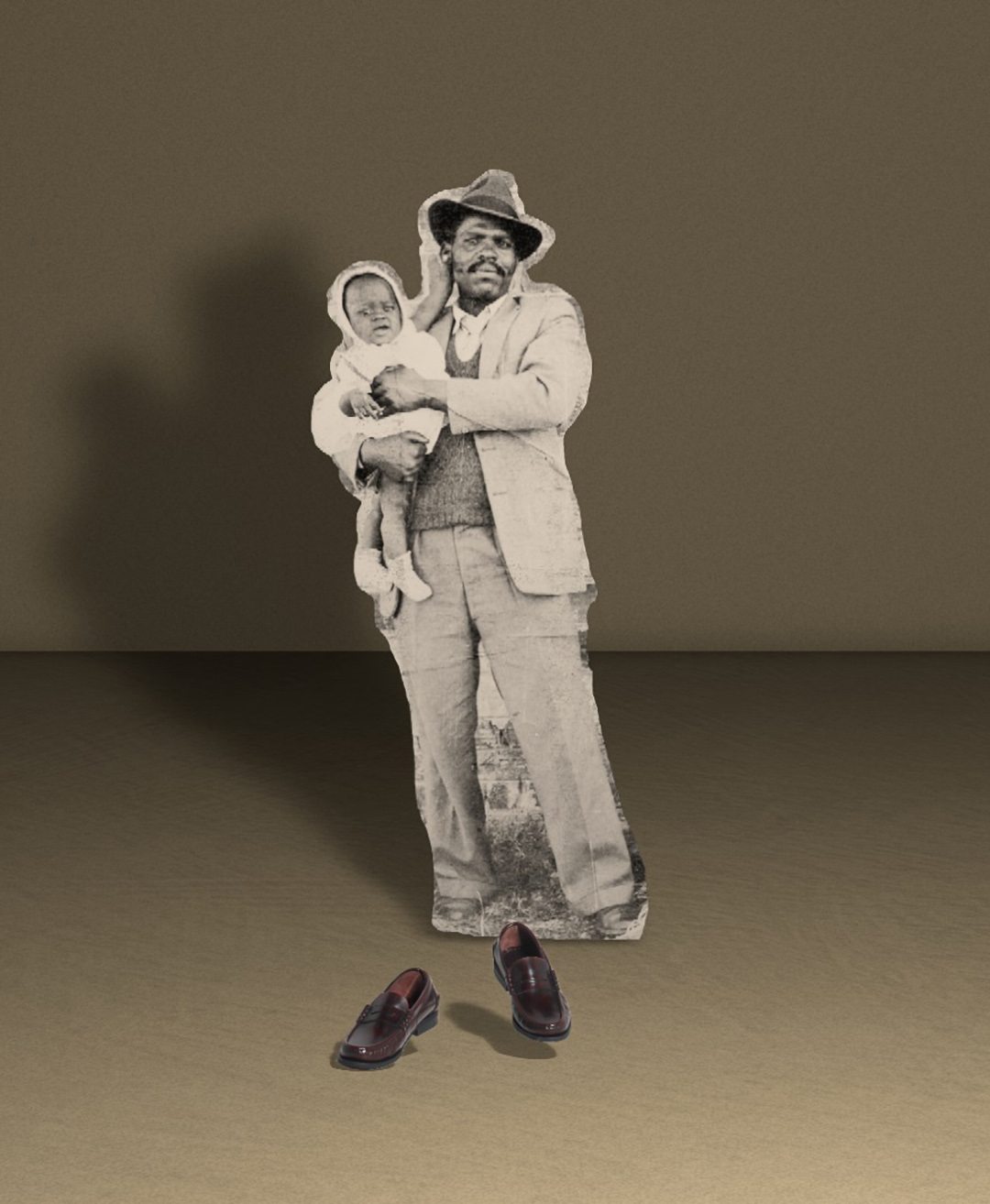 “A Feminine Lexicon” artists include Johannesburg-based visual artist and photographer Lebohang Kganye (b. 1990, Johannesburg, South Africa). Her work uses photography to retell personal and family memories.
In “A Feminine Lexicon”, Lebohang Kganye showcases Pied Piper’s Voyage (2014), a video where the artist re-enacts the story of her mother’s family. Like many other families in South Africa during apartheid, they moved from a rural area to the city in search of work. Dressed in the formal attire worn by her grandfather in family pictures, the artist is the only actress in a world of images taken from her old photo album. These black and white scenes make up a collage of her family memories, which she narrates in a performative play.
Lebohang Kganye’s Pied Piper’s Voyage (2014) is featured in the section Kins of the exhibition “A Feminine Lexicon”, underlining the links, bonds and connections we make, as Donna Haraway suggests, inside and outside our blood ties.
The section Kins features works by Monia Ben Hamouda, Helena Hladilová, Lebohang Kganye, and Alice Visentin.

PD, ET: How would you best describe your work Pied Piper’s Voyage? Where did the idea to make it come from?

LK: My artistic practice incorporates photography, theatre, performance, and sculpture. In Pied Piper’s Voyage, I reimagine my former body of work Heir-Story (Ke Lefa Laka) through moving image and sound and cast my grandfather’s impersonation as the film’s main character.
Dressed in my grandfather’s oversized suit and large hat, I step into his shoes and replay my family’s journey across six life-size installations.
My grandfather was the first member of the family to move from ‘homelands’ in the Orange Free State to the city in Transvaal to find work. The scenes I created are based on oral stories told by my family members, passed down from one generation to the next.

The animation Pied Piper’s Voyage is an ode to memory, tales, and their fabrication. Strategically layering contemporary material with archival fragments, I create an alternative universe where lost and living family members coexist.
To recreate each scene, I turn architectural elements borrowed from the Internet and portraits taken from my old family photo albums into a theatre set. […] The sound, created by Auntie Flo and Esa Williams, is in line with the animation’s pace and playful storyline.
In this rendering of Heir-Story in motion, I portray my family’s interpretations of the past and turn my grandfather into a romanticised hero.

PD, ET: As we consider your work deeply rooted in the kinships and bonds that you are continuously creating inside and outside your family environment, what is your relationship with traditions, memory and family ties?

LK: They are kept stashed in wardrobes and chests while a few framed ones decorate room dividers. Family photographs are more than documentation of personal narratives; they become prized possessions, hearkening back to a certain event, a certain person, and a particular time.
But they are also vehicles to a fantasy that allows for a momentary space to ‘perform’ ideals of ‘family-ness’, and become visual constructions of who we think we are and hope to be, yet at the same time being an erasure of reality.
While the project documents my personal history and straddles generations of my mother’s family, it also resonates the history of South Africa, in that my family was uprooted and resettled because of apartheid laws and the amendment of land acts. The more I researched my family history, it became apparent that identity remains a space of extreme contradictions – in a way an experiment; it is a mixture of truth and fiction; a blending and clashing of histories and stories gathered, a malleable entity with the pretence of ‘fixedness’.

Lebohang Kganye is a visual artist and photographer. She lives and works in Johannesburg, South Africa.
Pia Diamandis and Elena Tortelli are undergraduate students of Arts Curating at Istituto Marangoni Firenze. 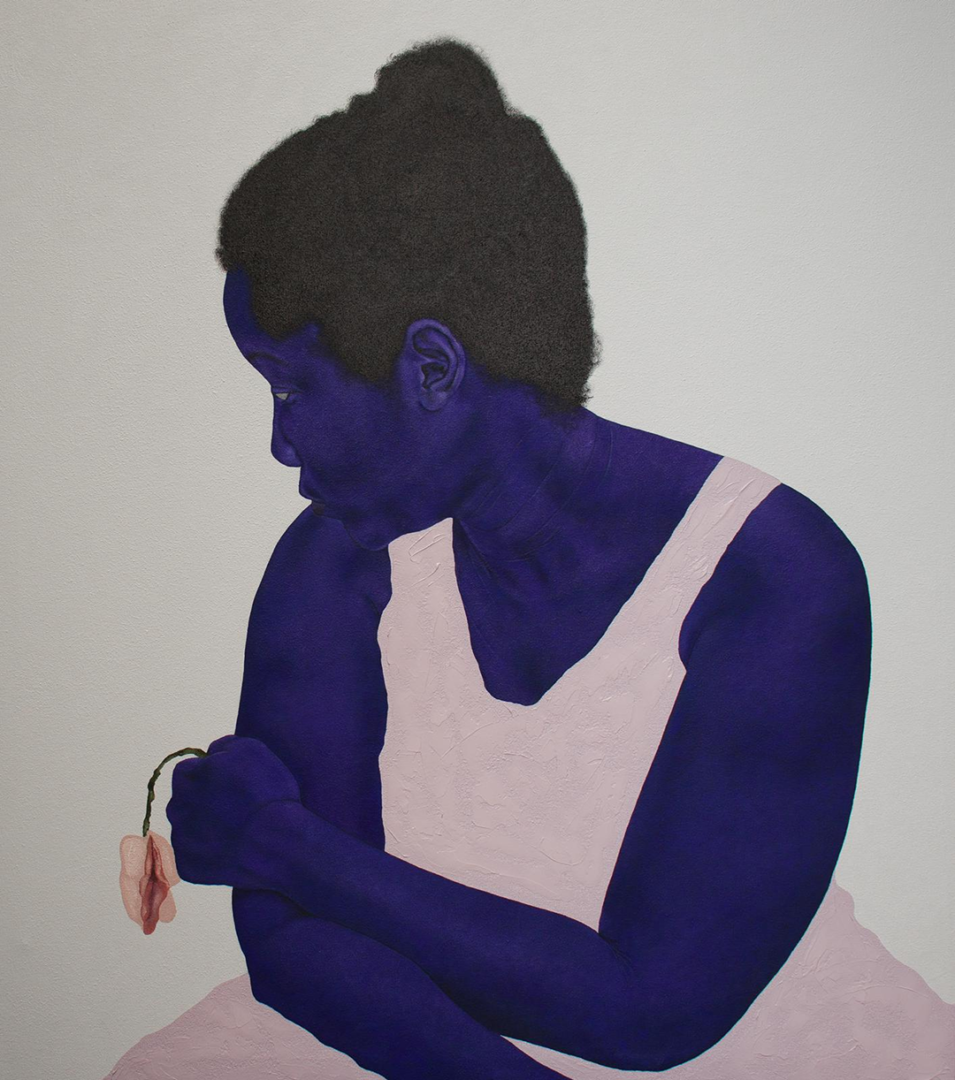 A Feminine Lexicon: Stacey Gillian Abe In Her Own Words

A Feminine Lexicon: Haruka Sakaguchi In Her Own Words