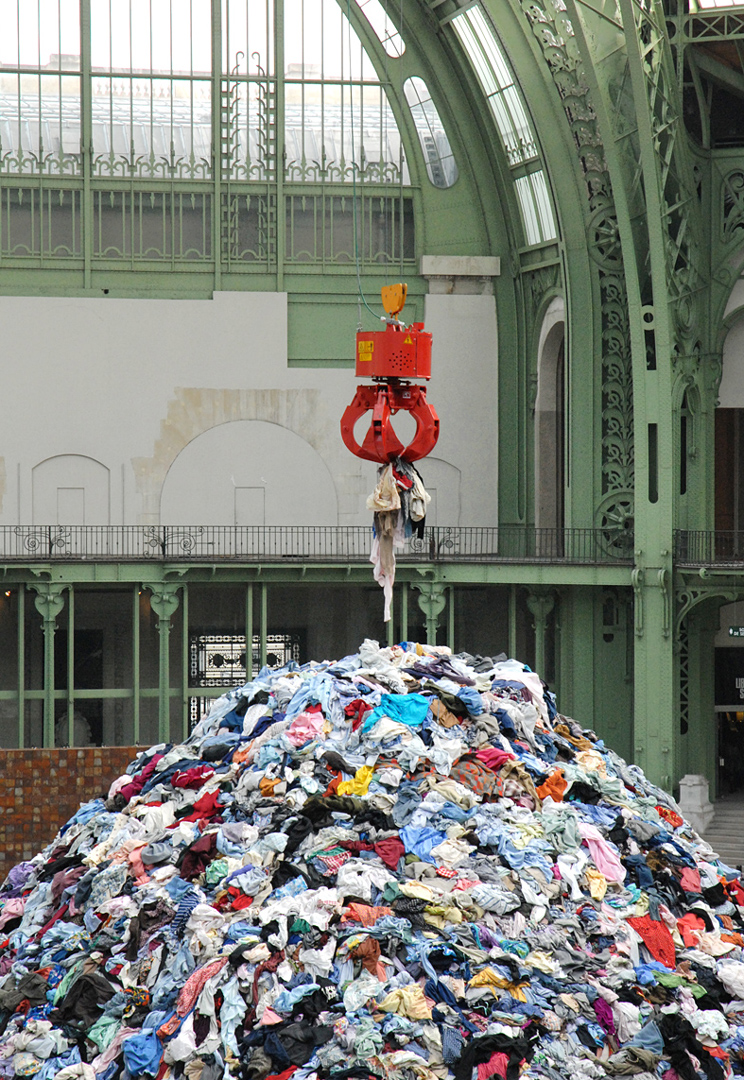 Sustainability has been a current concern in arts, technologies, and fashion. The watchword seems to be ‘to defend’, but we and our students preferred to use the verb ‘to act’. Even defense can – sometimes – be seen as reaction. In this journal, however, we will try to use the “right word”, right from the start; the right word to produce and become a positive vector. We believe that written words should be used to make sure that what has been said will stay and generate a sustainable future. Being ‘sustainable’ means to have the ability to assess what needs to be done immediately and the ability to pursue it over time, to carry it on your shoulders, a bit like the old Atlas in Greek mythology. We will try to be living atlases, but with the added joy of research and the humility of a researcher.

A true researcher is a human being who searches for what seems impossible to find.
That is why we believe that writing this journal means to be sustainable.
As content creatives, we are.
With this in mind, we will focus on artists, companies, and sustainable fashion brands.
What we want to do when we talk about sustainability is to tell the stories of designers like Collina Strada or Nanushka, of artists like Mika Koizumi or Arun Kumar, who we consider first of all human beings who act. But their stories will come later.
The articles that follow make up a new wall of sensible words that we will build week after week.
Hoping one day to be skyscrapers in our own way: with our roots in the earth and our heads as high as we can.
Francesco Brunacci

Education is not only sustainable. It is revolutionary
by Amira Rossi

Sustainability, sustainability, and more sustainability.
You hear about it everywhere. In every field, from fashion to food. But how many people really know its importance and, most of all, its meaning? How many would even be able to define it? Probably not many. This is because there is a lot of talk about it, but very little knowledge of it.
So many people praise it, idealise it, and make it their trademark. Not out of real interest, but to accessorise themselves with this trend. The same thing that happened with the “Made in Italy” label in the past – and perhaps still happens today – is now happening with the sustainability trend: everyone wants it, not for its real value, but to make a good impression.
It is certainly better that way than nothing. It is good to finally start talking about it and to give it some media relevance. Protests, parades, and articles on sustainability are a big step forward compared to the past, when it was not even an issue.
Yet it is not enough. The fact that big labels are now starting to design sustainable collections will not change the fate of the planet. It won’t, because only a very small percentage of the world’s population will be able to afford responsible clothing. Most people will not do it until they have the economic power to. But basically, hardly anyone will – even among the wealthiest –  as long as they are not educated on environmental issues.
Education should not come exclusively from television or the Internet, but also from schools, the only place where real revolutions can start.

A slow revolution in progress
by Bianca Magistrali

Less talk more action. Clarity, reliability, and transparency will help us to consume more consciously and to start a new dialogue with Nature. The virus has made us, or at least it should have made us, more responsible, less blind to the destruction of our own planet.
A revolution is taking place, which is trying to make people change their mindset day after day, opening their eyes to a sustainable reality, from both an environmental and a social perspective. It is no longer just a matter of saving the environment, but also of ensuring common justice by protecting workers.
At the centre of controversy and contradiction is the fashion world, which is trying to change its appearance as an exploiter and destroyer through new projects that provide oxygen to the planet rather than absorbing it.
This change has been set in motion not only by big labels, but also by a new generation of creatives ready to overturn the rules of the game and to give the Earth a new lease of life.
A new circularity that finds solutions to questions through long-lasting clothing.
On the other hand, consumers are also asked to mature, to develop critical thinking and to become aware of their own mistakes, emerging from the vortex of consumerism that we have been drawn in until now. A mindset shift that we should all promote, and not just witness.

Four pillars to make it
by Jasmin Kusumaningsih

Sustainability has been a current concern in arts, technologies, and fashion. Things are not always sustainable today and it’s on all of us to figure out solutions that meet our needs without affecting the rights of future generations. This involves understanding the four pillars of sustainability, actions, consequences, and who should be involved.
To better understand sustainability, it can be divided into four aspects: social, human, economic, and environmental.
First, human sustainability aims to invest in our welfare, including health, education, and general wellbeing. Next, social sustainability refers to how we preserve cultures and communities, and globalization. Third, economic sustainability aims to improve social equality by balancing supply and demand. Finally, the heart of everything would be the environment, our natural capital, so deeply affected by human activity. Despite having these four pillars, sustainability is still a complex matter, with geographical differences depending on local laws and regulations.
Admittedly, it is not always easy to act sustainably since our technology, art and fashion demands are endless. But those demands often come at the expense of the limited resources we get from plants, animals, minerals, fossil fuels, water, and more that might soon deplete. For many decades, humans have solely focused on improving their living standards through industrialisation, including mining, transportation, manufacturing and retailing activities, with a detrimental impact on the planet. But none of this would exist without nature and would not result in long-lasting prosperity.
Companies, governments, and individuals should all be held accountable; it is clearly unrealistic for one sector to be considered as the only offender. Many profit-oriented companies have also been known for malpractice. To cut costs, they often opt for cheap labour, with poor safety conditions, lower quality, unrecyclable materials, waste dumping, and excessive use of non-renewable sources. Many cooperatives are therefore working with governments to improve the quality and prevent these issues. To support this cause, many have been searching for labels and certifications from Bluesign, Cradle to Cradle, Fair Trade Textile, Standard, Global Organic Textile Standard, and Organic Content Standard.
These don’t not only consider the product sold, but the entire process from beginning to end. However, we must still be reminded that individuals like ourselves have also been guilty of over-consumption, irresponsible dumping, and other malpractice. For this reason, we should get involved and improve ourselves for the better.
At the end of the day, humans will eventually suffer the consequences of poor environmental quality, which will affect our health, finances, and social stability. Hence, we all need to act, both as companies or governments with corporate responsibilities and as civilians with their own voices to be heard. No one should ignore the repercussions of harming our Earth, nor should we underestimate that our small steps combined together can produce a snowball effect. 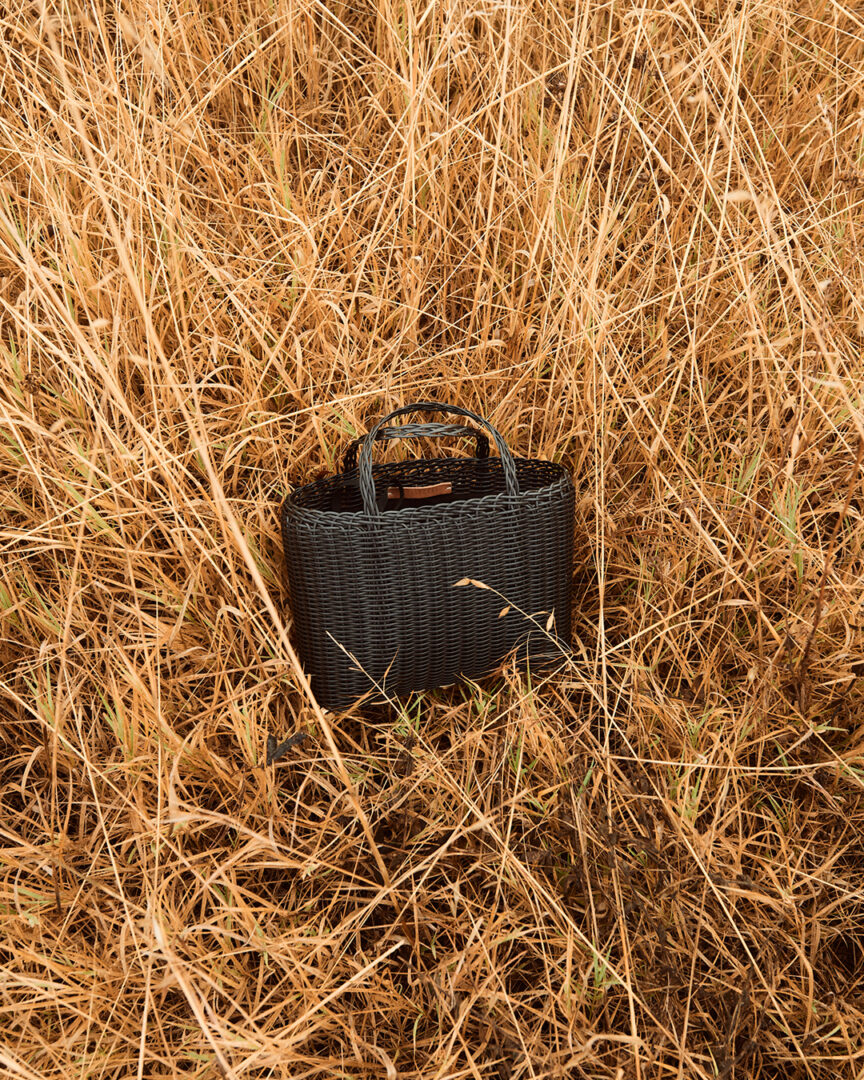 Sustainability. Palorosa: a Bridge with Many Lanes

As soon as we open Palorosa’s website, we immediately get the impression that we have entered a minimalist, delicate universe, with very clear images of flowers and distant landscapes creating a dreamy atmosphere. Attention to detail is everything. To continue its survey of innovative brands with a mindset toward sustainability, I’M Firenze Digest explores the […]

There must be a reason why human beings often need a disaster of huge proportions to come to their senses. For designer Sara Sandor it all stemmed from the 2013 collapse of Rana Plaza in Bangladesh. Thousands of kilometers from Hungary, where the creator of fashion brand Nanushka lives, but bordering a choice of truth, […]